Resilient | Where Would We Go 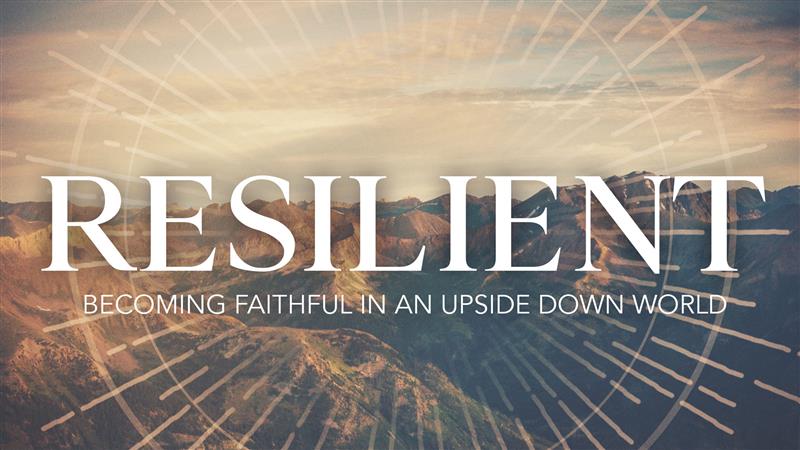 I have never been much of a reader of poetry but there are a few lines of it that seem to be burned in my memory forever…and when it comes to a question like “Where would we go?” I immediately think of the famous poem by Robert Frost, The Road Not Taken. It’s a poem about choices, and it contains a line in it that will live forever in the literature Hall of Fame…“Two roads diverged in a wood, and I—I took the one less traveled by…”

In John 6, we see that a choice is made. Jesus is addressing a large group of His followers and He tells them in verse 53, “I tell you the truth unless you eat the flesh of the Son of Man and drink his blood, you cannot have eternal life within you. But anyone who eats my flesh and drinks my blood has eternal life, and I will raise that person at the last day.” Jesus is telling them if you truly want life that it will not be found in the world but in Him.

As His listeners hear these words they find them difficult to understand, not in a comprehension kind of way, but in a “How are we ever going to live like that?” kind of way. Because of their lack of understanding of the lifestyle Jesus is presenting, a large number of Jesus’ listeners chose to walk away. They walked away because they knew that if they chose to live out the words Jesus spoke; it would mean they would have to give up their own wants and desires and place Jesus as the top priority of their life.

The listeners that chose to walk away made a choice; they chose themselves over the Son of God.

However, we also see in the story that another choice was made. As Jesus stands and watches His “followers” leave, He turns to His twelve closest friends, known as His disciples, and He asks them, “Are you also going to leave?”

At that moment Simon Peter steps forward as the spokesman for the rest of the group and says, “Lord, to whom would we go? You have the words that give eternal life. We believe, and we know you are the Holy One of God.”

When I read this story, I can’t help but think about Robert Frost…standing there looking at two roads that go in different directions and contemplating on which one he should take while having to bear the weight of knowing that the ripples of that decision could affect him for the rest of his life. There is no doubt that the road Robert Frost chose to take was a decision based on his preference; what he wanted, what he was longing for, what he thought was best for him…and it just so happens that the road he chose to take wasn’t the most crowded one at the time.

If there is one thing we can learn from Simon Peter’s answer, it is that when we choose to live as a follower of Jesus, we surrender the right to live according to our own desires, our own longing, our preferences, and what we think we need.

Peter couldn’t fathom going anywhere other than where Jesus was…and that’s really what being a Christian is all about…trying to place our feet in the footprints of Jesus. Is this simple? Yes. Is it easy? No. We, humanity, are full of sin and brokenness; but being resilient doesn’t mean walking away when the words we hear are not the words we want. Being resilient means chasing after the One who offers true life, even if it means walking down paths everyone else chooses to walk away from.